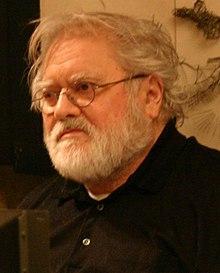 Pierre Georges Henry (9 December 1927 – 5 July 2017) was a French composer, considered a pioneer in the musique concrètegenre of electronic music.

Pierre Henry was born in Paris, France, and began experimenting at the age of 15 with sounds produced by various objects. He became fascinated with the integration of noise into music. He studied with Nadia Boulanger, Olivier Messiaen, and Félix Passerone at the Paris Conservatoire from 1938 to 1948 (Dhomont 2001).

Between 1949 and 1958, Henry worked at the Club d'Essai studio at RTF, which had been founded by Pierre Schaeffer in 1943 (Dhomont 2001). During this period, he wrote the 1950 piece Symphonie pour un homme seul, in cooperation with Schaeffer; he also composed the first musique concrète to appear in a commercial film, the 1952 short film Astrologie ou le miroir de la vie. Henry scored numerous additional films and ballets.

Two years after leaving the RTF, he founded with Jean Baronnet the first private electronic studio in France, the Apsone-Cabasse Studio (Dhomont 2001).

Composer Christopher Tyng was heavily inspired by Henry's "Psyché Rock" when writing the theme to the popular animated cartoon show Futurama. The theme is so reminiscent of Henry's song, it is considered a variation of the original (Cohen 2001).

CDs and Books by this Artist:
Labyrinthe